Set in the 1800s, a time of great scientific and humanitarian advancements, this sweeping tale takes us from the British West Indies to the Arctic to Canada to England and to Africa. 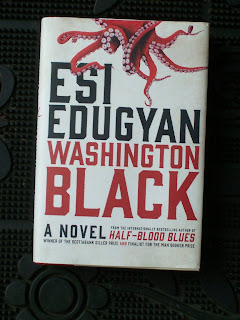 Published in 2018
Published by Patrick Crean Editions
an imprint of HarperCollins Publications Ltd.

won the Scotiabank Giller prize in 2018

finalist for The Man Booker Prize


Sympathetic protagonist Washington Black is born a slave and is told the only way to freedom is death. And yet he finds another way.

When Washington watches Titch draw he thinks: 'I had never seen such artisty...And suddenly I knew that I wanted--desperately wanted--to do it too. I wanted to create a world with my hands.' (p. 45)

"There are several kinds of happiness, Washington. Sometimes it is not for us to choose, or even understand, the one granted to us."  (p. 402)

In 2013, I reviewed Half Blood Blues by Esi Edugyan 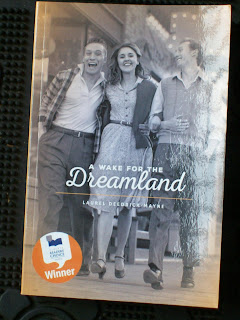 A Wake for the Dreamland --a prize-winning historical fiction novel-- by Laurel Deedrich-Mayne is set in the years before, during and after World War II.