Book Review: The Curious Incident of the Dog in the Night-time by Mark Haddon

My mother-in-law recommended I read this book. She's an avid reader and knows a good book when she finds it. 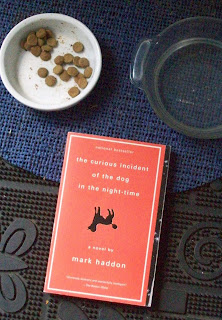 Originally published in hardcover in Great Britain by Jonathan Cape, Ltd, London, in 2005, and subsequently in hardcover in the United States by Doubleday, a division of Random House, Inc., New York, in 2005.


A quick read that brings the reader inside the mind of a person with autism--fifteen-year-old Christopher Boone.


A dog is found dead. Who killed him and why? Christopher Boone sets out to answer these questions and
unearths even more mysteries.


This is a funny book even though Christopher explains that he can't tell jokes.


Christopher Boone is attempting to write a mystery inspired by the dog he finds dead. His teacher, Siobban, helps him by giving him helpful tips.


'Siobban said that when you are writing a book you have to include some descriptions of things.. She also said that I should describe people in the story mentioning one or two details about them so that people could make a picture of them in their head.' (p. 67)


For example...
Christopher doesn't believe in Heaven. He believes that our bodies are broken down and become one with all of earth.


For example, if a person has a mental disability we think they are intellectually challenged. But Christopher is alive with boundless curiosity and seemingly endless knowledge. 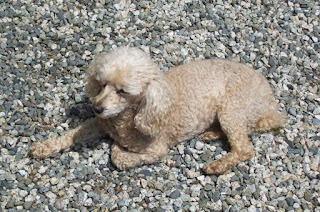 'Chillaxing on a Summer day' photo by LDyck 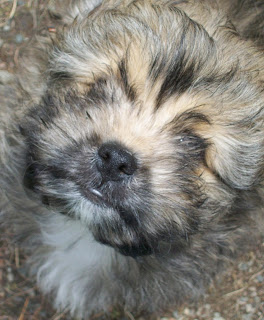 'One cute mug' photo by LDyck

More about this dog mystery on July 2nd. Look for the post titled 'Shakespeare and Snorri'.
Posted by Author Leanne Dyck at 4:40 PM