Re-capping part one:  Plagued by her muse, Sarren desperately seeks Doctor Zimmerman's help. But instead of helping her, the doctor seems to be seduced by her stories.


Link to part one 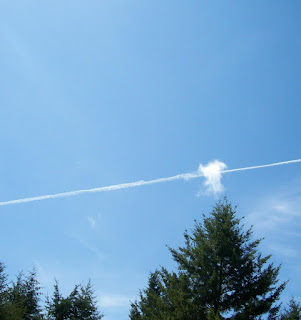 (Is that a clothesline? Is that a dress? Photo by Leanne Dyck)

Sarren returned and Doctor Zimmerman learned that just as interesting as the manuscripts was the true story behind the written words. Session by session, he unearthed the trail that had led Sarren to his office. It wasn't easy work. Much of the path was old and overgrown with weeds. She'd begun the journey as a preteen. Back then, she often had a pen in hand. Intoxicated by the sweet smell of ink, she'd bring the tip of the pen down onto a blank piece of crisp paper and before she fully realized what she was doing a story had been created. The young Sarren would have been content to carry on like this, filling notebook after notebook with stories, if not for her mother.

Heavy pounding on the door, a harsh voice cutting through the wood. "Go outside! It's unnatural to be cooped up all day!" No invitation was requested, none was granted, but still the door flew open. "Your sisters go shopping with the popular girls, date hockey players but all you do is live in your bedroom. Don't waste your life!"

Sarren learned to hid her stories. She squirreled them away in a cardboard filing box under her bed. She thought they were safe but one day, she returned from school, to find her notebooks spread out on the kitchen table. Her mother was pawing through them with red pen in hand. Story after story had been torn apart. Whole passages were circled. Critiques -- boring, incomplete thought, wordy, repetitive -- were scrolled, like graffiti, in the margins. "I'd love to tell you that you had talented. You know I would. But I love you too much to delude you. I'd never be that cruel. The sooner you put this silly phase behind you, the happier you'll be."

So Sarren turned her back on the writing life. She learned how to resist the lure of the blank page. She  learned not to pick up a pen.

Years passed, Sarren moved away from home. She gained employment wiping tables and serving customers. But her love for story continued to grew. She filled her small apartment with books. One of her favourite haunts was her local library; the staff at her local bookstore knew her by name.

One day, her sisters invited her to lunch. "Mom's cancer is getting worse," they informed her. "We'd be there for her, if we could be but our lives are too full. Our kids, our clients need us. But you don't have those responsibilities."

Sarren didn't waste words disagreeing. She simply kept vigil by her mother's bedside. She was there to consult with the palliative care staff and to console her mother even in the dead of night. It was exhausting. But Sarren bore the weight without complaint. And she watched cancer eat away at the woman she'd believed was made of iron. The night cancer took the last bite, Sarren heard a sound she hadn't heard in years--voices, stories.

"And that's what brought me here to you," she told Dr. Zimmerman. "I don't want to write. It's a waste of time. I don't have any talent."

"Is that truly how you feel or what you've simply been led to believe?" He closed his notebook and retrieved one of Sarren's manuscript from the side table. "Your stories do have literary merit, you do have talent. And although you may be the creator, you're not the sole owner." He noticed her puzzled expression. "Stories are written for readers. Yours is a talent that's meant to be shared." He set the manuscript down. "Is the problem lack of sleep or that you're driven to write? If I told you that you could write and get the proper amount of sleep, would you be interested in learning how?"

It was like someone had dumped a bucket of water over her head. He says I have talent...so...maybe... Maybe I can write. She answered quickly. "Yeah, of course."

"Good." His face eased into a grin. "I suggest you go to bed and wake up an hour earlier. As soon as you wake, spend at least ten minutes writing. It doesn't matter what you write about, simply write. This will train your creative unconscious to be more in tune with your wake/sleep cycle. I caution you against expecting an immediate cure. It will take time. But if you believe this will work and are faithful to this strategy, you will receive the benefit. Are you interested in giving it a try?"

That night she went to bed an hour early but she tossed and turned all night long. The voices refused to leave her alone.

In the morning, her alarm clock rang, and still groggy from lack of sleep, Sarren stumbled out of bed. She stood in front of her full length mirror and peered through the fog at her reflection. "Dr. Zimmerman told me that this will work and it will. All I need is time."

She poured herself a mug of coffee and grabbed a pen and piece of paper. Mostly what she wrote was 'I need more sleep' but she wrote for ten minutes.

Night after night after night, Sarren continued to stick with the strategy. She could hardly believe it when one morning she woke rested and realized she'd slept through the entire night. She recorded the momentous event in her journal but instead of writing for ten minutes, she wrote for twenty. It was Saturday, she had the time.

Occasionally, Sarren still did have sleepless nights -- especially when she was in the middle of writing a story or when she was encountering difficulties with plot or character development or another aspect of her writing--but those nights were rare.

Through her writing, Sarren explored some of the issues she had with her family. She wrote a poem about the joys of writing that she titled For Mom. She wrote a short play that drew inspiration from her relationship with her sisters. The act of writing these pieces and sharing them with a supportive writing group transformed Sarren. She walked taller and spoke louder. For the first time in her life, she was proud of who she was and what she could create.

(What do you see? Photo by Leanne Dyck)

Next post: Sunday, July 10 (approximately 5 pm)
4 books that changed my life
If someone where to ask you, "Hey, what book(s) changed your life?"
What would be your answer?
I hope you'll visit this blog to read my reply. 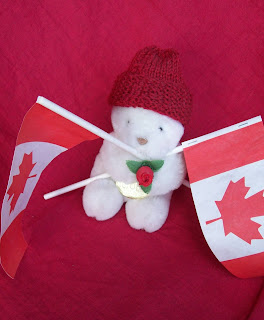 The Canadian Children's Book Centre (CCBC) is a national, not-for-profit organization dedicated to encouraging, promoting and supporting the reading, writing, illustrating and publishing of Canadian books for young readers. 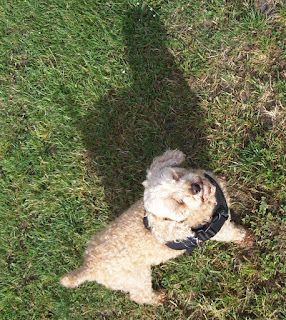 Characters aren't just talking heads. I thought I knew this. But


thanks to the Maggie de Vries workshop I recently attended I was able to continue self-editing my novel with more detachment. Instead, of reading into what is on the page, I ask myself
-What are the characters doing?
-Can I see the scene?