Why did I read (Doctor Sleep by) Stephen King?

There are many reasons why I read...

-for entertainment
-to find out what all the fussy is about (i.e. this book is in the news, everyone's talking about it--why?)
-to support emerging authors
-to learn how to write from a master of the craft (but beware, sometimes seasons authors can get away with things newbies can't)
-to stay current in my chosen genres  (what do today's books look like?)
-for inspiration

The number one reason I read Stephen King is...
for inspiration. For some reason, reading him makes my pen fly. And I don't even write in the same genre he does. It's an added bonus that he's also entertaining. 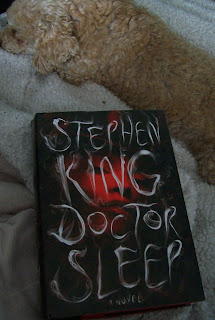 Stephen King returns to the character and territory of one of his most popular travels ever, The Shining, in this instantly riveting novel about the now middle-aged Dan Torrance and the very special twelve-year old girl he must save from a tribe of murderous paranormals.

On highways across America, a tribe of people called the True Knot travel in search of sustenance. They look harmless--mostly old, lots of polyester, and married to their RVs. But as Dan Torrance knows, and spunky twelve-year-old Abra Stone learns, the True Knot are quasi-immortal, living off the steam that children with the shining produce when they are slowly tortured to death.

Haunted by the inhabitants of the Overlook Hotel, where he spent one horrific childhood year, Dan has been drifting for decades, desperate to shed his father's legacy of despair, alcoholism, and violence. Finally, he settles in a New Hampshire town, an AA community that sustains him, and a job at a nursing home where his remnant shining power provides the crucial find comfort to the dying. Aided by a prescient cat, he becomes "Doctor Sleep".

Then Dan meets the evanescent Abra Stone, and it is her spectacular gift, the brightest shining ever seen, that reignites Dan's own demons and summons him to a battle for Abra's soul and survival. This is an epic war between good and evil, a gory, glorious story that will thrill the millions of devoted readers of The Shing and satisfy anyone new to this icon in the king canon.


Why I enjoyed Doctor Sleep...


Reaching with an arm that seemed too long, too stretching, too boneless, he turned the knob and opened the door. (p. 5)

King gets inside his characters and shows you who they are...


It was his eyes; it was in the way his mouth turned down at the corners; mostly it was the way he held the bottle, hating it and loving it and needing it all at the same time. (p. 65)


You're the feature attraction in my home theater and always will be. (p. 311)


Her jaw unhinged all the way to her chest, and the bottom of her head became a dark hole in which a single tooth jutted. (p. 415) 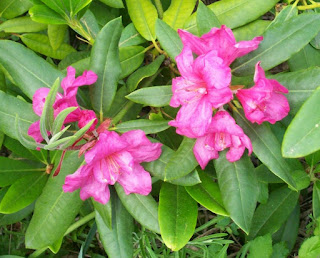 Happening in Canada
May 7th to 14th
in libraries, schools, community centres
and bookstores across Canada
twenty-nine of Canada's most celebrated authors, illustrators
and storytellers
provide 28,000 children with 400 live book readings and activities
Click this link to learn more

And calling all Picture Book devotees--share the love... 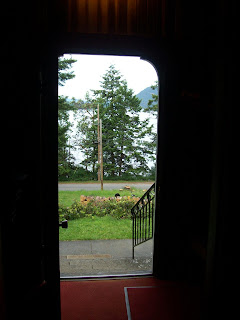 Next post:  (Sunday, May 16 part one and Sunday, May 23 part two -- published at approximately 5 pm PST)  It's not just alcoholics that carry destructive old tapes in their heads. Most of us do--I know I do. And it takes a lot of effort to re-record them. For example... Well you really need to read my true story My Life In Letters. I'll share it over the next two posts. I hope you'll read it. 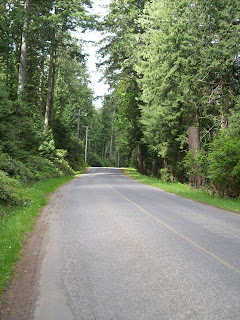 The sun, the heat... It feels like Summer has already arrived on Mayne Island. Inspired I set to work...

on my picture book re-submissions.

The problems in one of the manuscripts seemed unresolvable. And I was scared that if I tried I lose the magic. Something screamed from deep inside, "Don't touch that, because if you do you'll ruin it."

So I didn't touch it--until this week.

And, guess what, that screaming voice was wrong. My worries were for not. The magic is still there. In fact, it's stronger.

It's so beautiful when it works. It's so wonderful when you keep the faith. : )