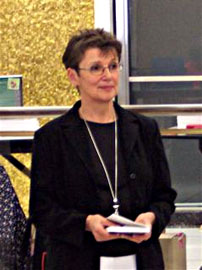 Creative writing began for me when I volunteered to keep organizational minutes and discovered that I had to creatively fill in the gaps when my attention left the room for long periods. A friend, a member of a mystery writers’ critiquing group, suggested I should join them and also become a member of Capital Crime Writers. I can’t emphasize how important the critiquing group was to me. Without their carefully considered comments and encouragement I would not have grown as a writer.

Later I co-edited the last four anthologies. Reading submissions provided excellent training in recognizing good writing and pin pointing why some stories didn’t make the cut. Applying this to my own writing was very helpful. I also had short stories published in each anthology and in many other magazines and anthologies. In 2000 I won the $10,000 Toronto Star Short Story prize. This story in on my web site Joanboswell.ca

As our group matured as writers some of us tried our hand at novels. My first, Cut Off His Tale, was published in 2005 by Napoleon RendezVous as were the next two, Cut to the Quick and Cut tothe Chase. The fourth book in the series, Cut to the Bone, is published by Dundurn.

I spent many years in university earning a BA, MA and PhD before returning and completing the course work for a Fine Arts Degree. I have had more than 10 solo shows and continue to paint and to work with textiles although for the last few years writing has taken more of my time.

For a few years I worked for the Department of Indian and Northern Affairs as a researcher but once I returned to university to study fine arts I focussed on being creative.

I am a very visually oriented person and I see the scenes in my stories and books before I write them. In each of my books I deal with different social issues. In the most recent book the plight of Aboriginal women and their marginalization concerns me. Mysteries give me the opportunity to deal with social issues while always trying to entertain. 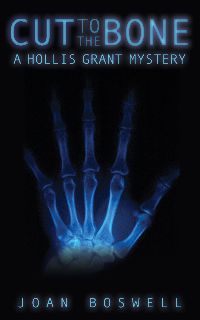 Cut to the Bone


It’s happened again! Hollis Grant, who has fashioned a new life for herself with a foster child, a puppy and a job as resident super of an eight story apartment building finds herself in the middle of a murder investigation when a fifth floor tenant, a woman working for an escort agency is murdered.  The detective in charge is Rhona Simpson a police officer with whom Hollis has crossed swords in the past. Hollis’s life is further complicated by the disappearance of an Aboriginal tenant who leaves her young niece behind and a message asking Hollis to care for her. Her search for the woman places her in grave danger. Meanwhile a woman’s body dumped in Lake Ontario leads back to the apartment building. Hollis narrowly escapes being the third victim and her quick thinking leads to a surprising solution to the case.