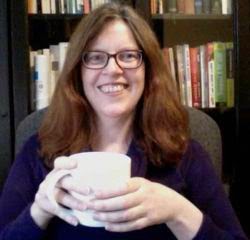 I love to read and I’ve always written, ever since I can remember. I majored in English and History, because of that love of reading and because I’m fascinated by history. Those early influences are showing up in everything I write now. I also love to paint—though it too often takes a back seat to my writing—and that has definitely influenced the way I see the world and what I choose to write.

I had an idea for an historical mystery, featuring the fourth son of an English Baron, who goes to the Klondike to strike it rich, and winds up in Vancouver hungry and broke. While I was researching, I came across the silk trains, and was intrigued. I had never heard about the sleek steam liners that carried a fortune in silk from the Orient to Vancouver at the turn of the last century. The costly silk, insured by the day, was rushed to New York in specially designed trains, which became the target of every crook across the continent. My main character gets a job guarding the silk trains, and I was off.

John Lansdowne Granville proved to be an engaging character to write, and I loved researching the history of the Klondike Gold Rush, silk trains and Vancouver in 1899. That book became The Silk Train Murder. 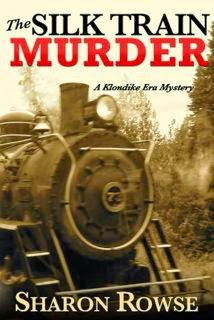 I pitched The Silk Train Murder to an editor from New York at the Surrey Writer’s Conference. He liked the manuscript, and it was published by Carroll and Graf in 2007. The Silk Train Murder received starred reviews from Booklist and Quill & Quire was nominated for an Arthur Ellis award for Best First Novel.
The second book in that series—The Lost Mine Murders (because I was intrigued by a legendary lost mine outside Vancouver)—came out in 2011 and the third book—The Missing Heir Murders (because I was intrigued by the black sheep sons of the English nobility, who came to the Canadian frontier as Remittance Men)—will be published in 2014.

I’ve also published four books in a contemporary mystery series—the Barbara O’Grady books—which are also set in Vancouver. Barbara too is a fun character to write. She’s a P.I. with a love of art and history, and her cases draw her back into the past and into the nastier corners of the art world. The fourth book in that series—A Shadowed Death—was published in December. (The other Barbara books are Death of a Secret, Death of a Threat and Death of a Lover.) 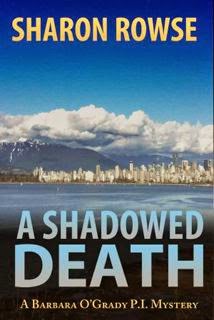 I spent most of my non-writing career in offices of one kind or another, working in everything from the mailroom to budget planning to human resources. The variety of jobs I’ve held was and is an asset to my writing, because all of it was about people and people’s interactions with each other. I learned a bit about business along the way, and that pops up in my writing, too.

I love story-telling, and it’s the lure of a good story that gets me every time. People, “what if?” and “but why?” questions inspire me, as do quirky ideas, and forgotten bits of history and research. The challenge of bringing the past to life—in edgy historicals and contemporary mysteries with roots deep in the past—is one of the things that keeps me writing.

I’m something of a reluctant marketer, though I do keep my website up-to-date. Beyond that, I think writing books I’m passionate about—with characters who come alive for me, and I hope will for my readers—is really critical, because it gives me something I feel good about sharing.
Once the book is done, though, writing a series and having more than one book available in that series seems to have been my most successful marketing strategy so far.

Writing is a solitary pursuit, and you have to love it for its own sake, but it’s sharing the writing world with readers and with other writers that makes it real.